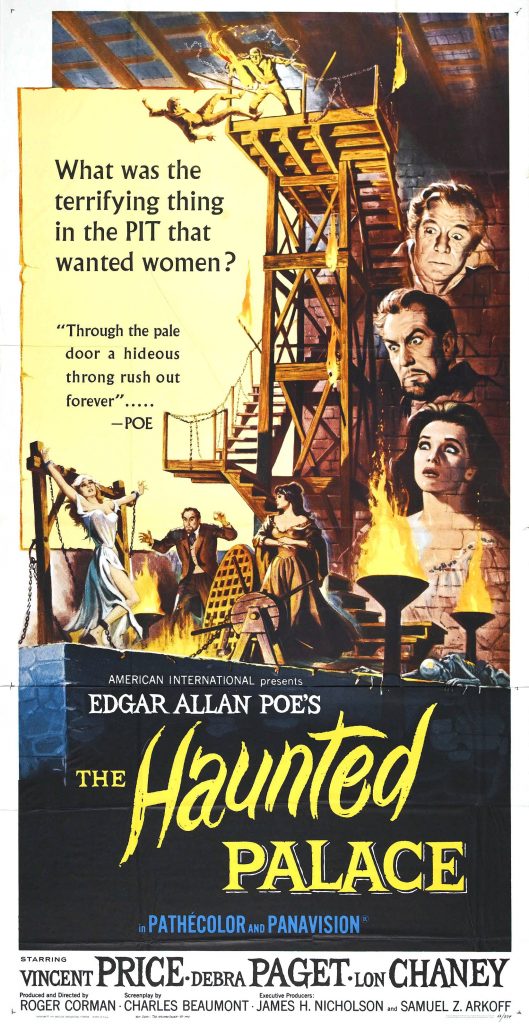 While this American International Pictures horror classic was released in the US in the summer of 1963, it wasn’t until 21 February 1966 that UK cinemagoers got to enter The Haunted Palace.

In 1875, Charles Dexter Ward (Vincent Price) and his wife Ann (Debra Paget) inherit a mansion in the New England village of Arkham, where they find themselves shunned by the local townspeople who live in fear of a curse placed on them by Charles’ great-great-grandfather Joseph Curwen, a necromancer and warlock, who was burnt at the stake for practising witchcraft 110 years previously.

But, just as the Ward’s decide to pack their bags, Charles is taken over by the spirit of his evil ancestor who then sets out to wreak revenge on those who stopped his ‘work’…

Roger Corman’s sixth Gothic horror in his Edgar Allan Poe cycle, borrows its title from an 1839 poem by the macabre writer, but owes a huge debt to the nightmarish Cthulhu-verse of HP Lovecraft, as it is loosely based on the 1927 novella The Case of Charles Dexter Ward.

With suitably atmospheric cinematography from Floyd Crosby, and probably one of the best film scores ever from Ronald Stein, this entry in the Corman/Price/Poe cycle is a true classic, while the restrained performance by Price in the dual role of the evil Curwen and the ineffectual Charles adds to the sense of underlying horror.

Along for the ride are some genre favourites, Lon Chaney Jr and Elisha Cook Jr (who adds being burnt alive to his many screen deaths), while this was the last film of Debra Paget, who quit acting soon after. 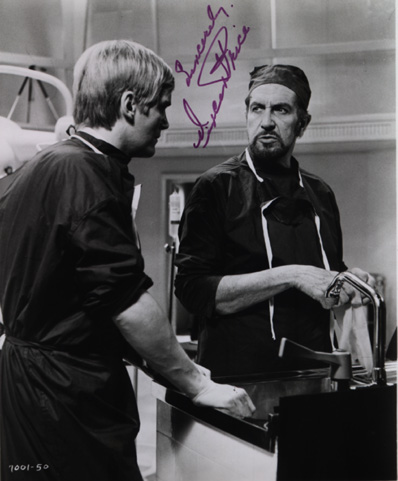 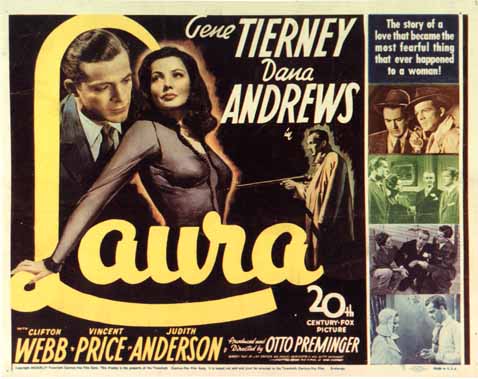 Nominated for four Oscars and winning one, this is the ultimate classic noir mystery.

Dana Andrews plays the detective who delves into the murder of Gene Tierney’s enigmatic Laura, with whom everyone is in love with. But it is Clifton Webb who steals the show as the titular ingenue’s creepily elegant social mentor, Waldo Lydecker.

Vincent Price, in a role he regarded as one of his all-time favourites, plays the polished Southern playboy Shelby Carpenter who loves the ladies and plays a mean piano. It’s just a shame that the scene of him serenading a party of lovelies is now all but lost…

Laura was released on 11 October 1944 in the US, while the UK had to wait until 15 January 1945 before the film could cast its spell on audiences on the other side of the pond.