While on a visit to Malaga over Christmas, I took a 2-hr drive north to Almeria to check out the Fort Bravo cinema studios where films such as Valdez is Coming, Indiana Jones and the Last Crusade, Patton and The Hunting Party were shot. Just 10-minutes away, however, there’s also a location that was used to stand in for the Egyptian desert in 1972’s Dr Phibes Rises Again.

Was I excited about finally tracking this down after all these years? Hell yeah! It was the best Christmas present ever, and I found them in the Rambla del Buho – right next to each other (X: 552275 Y: 4100774). 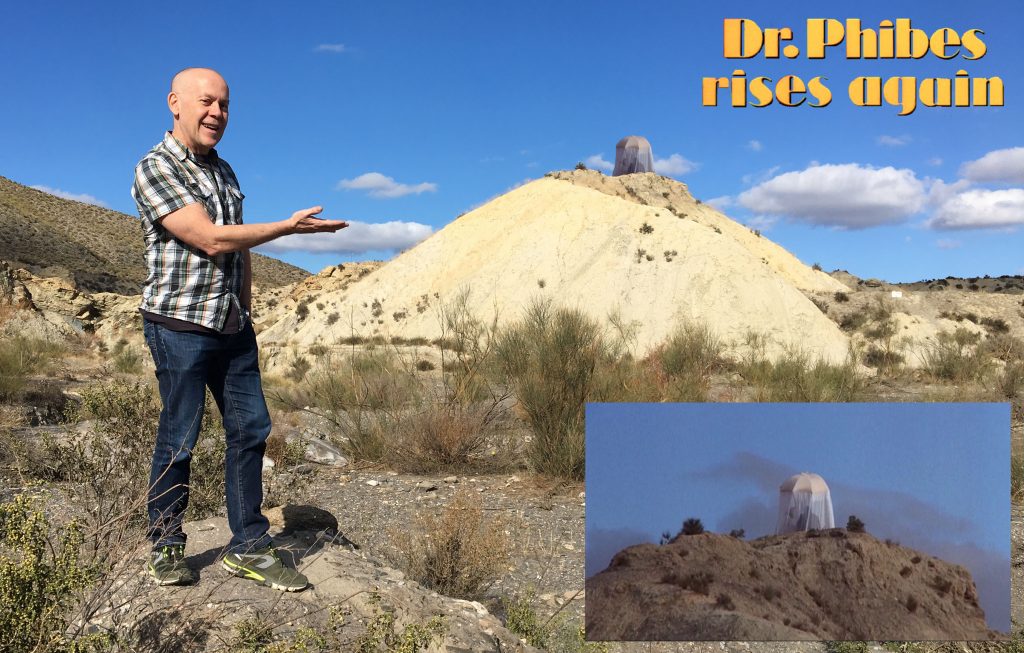 The first is the small hill where Vincent Price’s Phibes and Valli Kemp’s Vulnavia dine on the local fish and quaff champagne in a tent. It appears in a comic scene in which Phibes almost chokes on a fish bone. Despite the ‘Keep Off’ signs, I couldn’t help but take a climb to the exact spot where the tent was pitched (can you spot me in the pic below?). 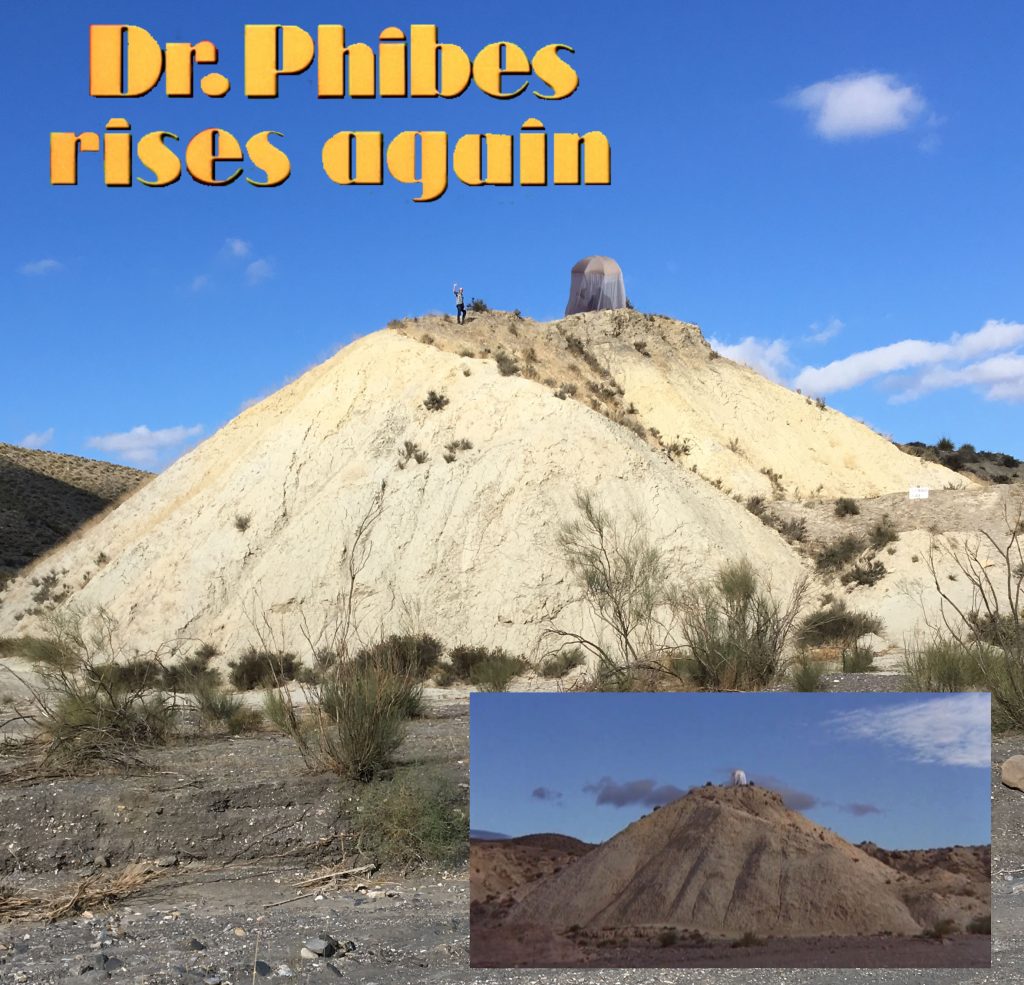 The second, featuring a very noticeable rock fomation, marks the entrance to the ancient temple hidden in the mountain where Phibes discovers the River of Life.

The film shows Phibes and Vulnavia heading towards the promotory. Unfortunately, the advancing years has seen some major rock and sand shifts, which made climbing it a little risky – and I couldn’t quite get to the exact position. But hey! It was still cool to be here. 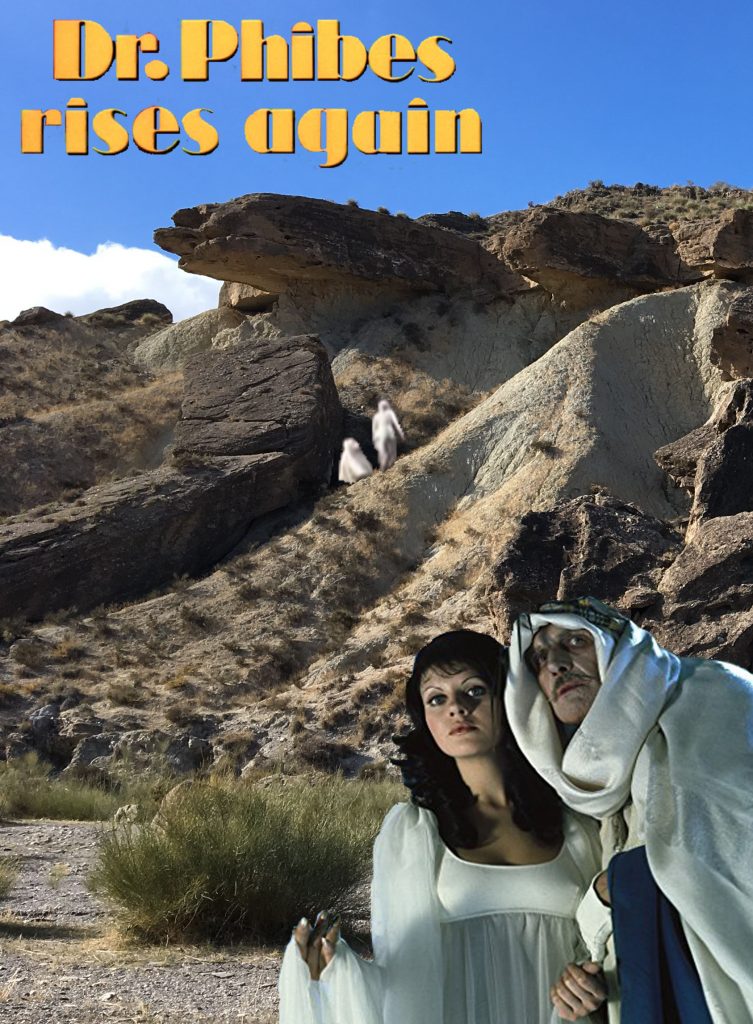 This location also appears in Indian Jones and the Last Crusade in which Harrison Ford, riding on horseback, picks up a rock to render a tank useless. 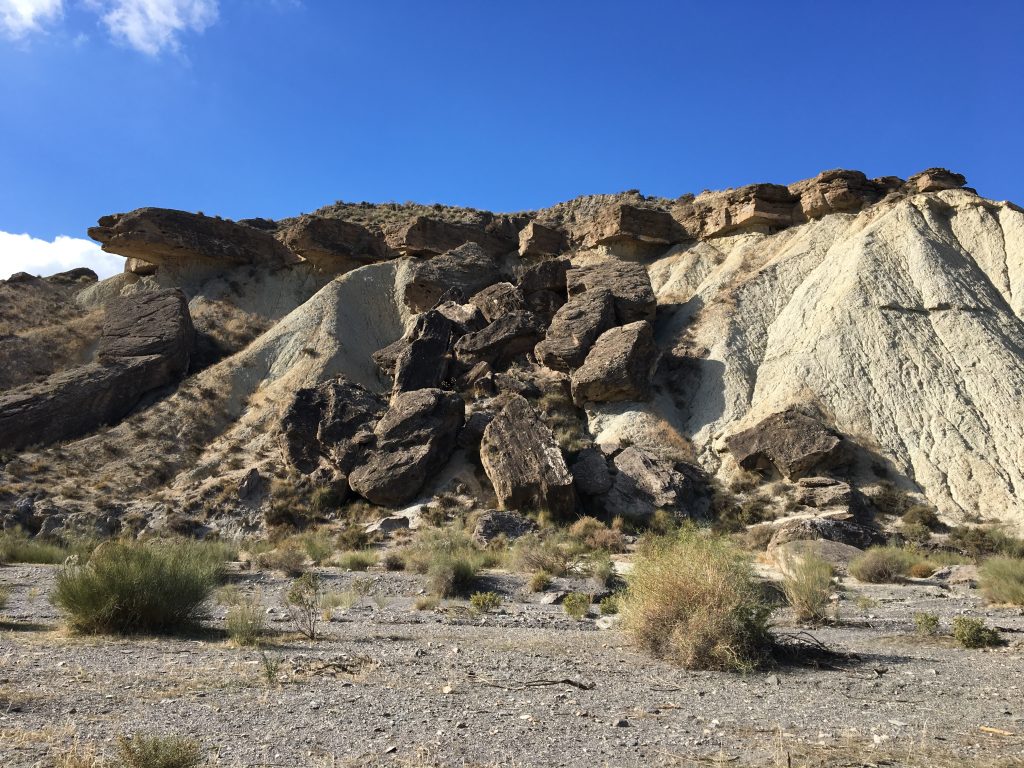 Another scene that took place in this area involved John Thaw’s Shavers climbing towards the entrance just before his grisly death at the claws of an eagle. This was a bit hard to track down exactly, but I’m sort of close in the above pic).

But you see what it looks like in these now and then shots coutesy of the Western Locations Spain website (www.moon-city-garbage.agency), which was a great help in starting out on my expedition. 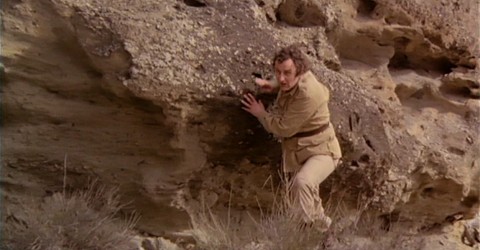 Finally, the Biederbeck campsite (which Phibes spies on) is also located in the region, between the main highway heading to Tabernas and just before Mini Oasis Hollywood. However, in my excitement at finding the Phibes mountain, I completely forgot to visit it. 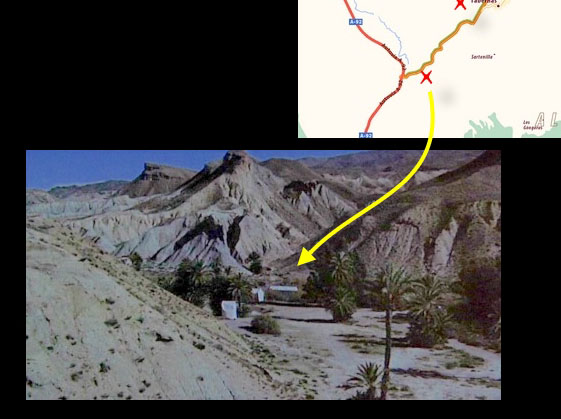 But I did score an informative book called Almeria in Film which has so many great locations that pop up in classics like Valley of the Gwangi that I’m now planning on returning soon in order to fill in the gaps – and also to find out where the sand dune shots were filmed (which feature in the scenes in which Gerald Sim’s Hackett encounters the Clockwork men). 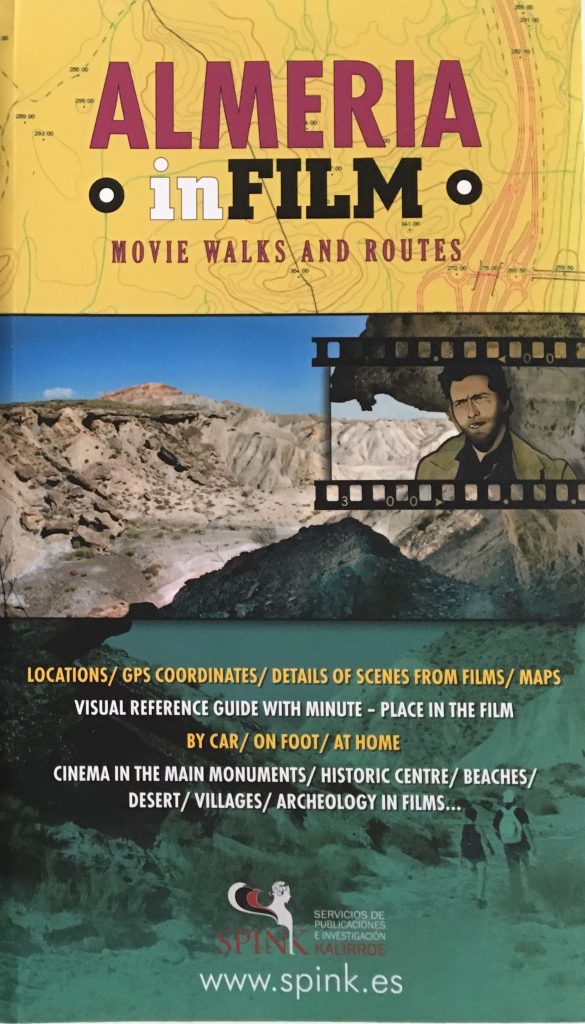